I’m about to head out for a few events again, and I’m in the process of planning several other events. 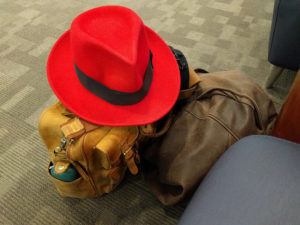 First, I’ll be in Berlin for FOSS Backstage , Berlin Buzzwords , and the Apache EU RoadShow. This is a trifecta of open source events happening at the Kulturbrauerei in Berlin. I’ll be speaking at Backstage about mentoring in open source, which, you might know, is something I’m passionate about. I’ll also be doing interviews for Feathercast, so if you’re going to be there, find me and do an interview.

I’ll be home for a week, and then I’ll be attending the ISC-HPC Supercomputing event in Frankfurt. This is the second time I’ll attend this event, which was my introduction to Supercomputing last year. I’ve learned so much since then, but I’m still an HPC newbie. While there, I hope to spend most of my time speaking with the EDUs and research orgs that are present, and doing interviews with the student supercomputing teams that are participating in the Student Cluster Competition.

Beyond that, I’m planning several events, where I’ll be representing CentOS.

In August, I’ll be attending DevConf.us in Boston, and on the day before DevConf, we’ll be running a CentOS Dojo at Boston University. The call for papers for that event is now open, so if you’re doing anything interesting around CentOS, please submit a paper and come hang out with us.

Later in August, I will (maybe? probably?) be going to Vancouver for Open Source Summit North America (formerly Linuxcon) to represent CentOS.

In September, I’ll be at ApacheCon North America in Montreal. The schedule for this event is published, and registration is open. You should really come. ApacheCon is something I’ve been involved with for 20 years now, and I’d love to share it with you.

October is going to be very full.

CentOS is proudly sponsoring Ohio LinuxFest, which apparently I last attended in 2011! (That can’t be right, but that’s the last one I have photographic evidence for.) We (CentOS) will be sharing our booth/table space with Fedora, and possibly with some of the project that use the CentOS CI infrastructure for their development process. More details as we get closer to the event. That’s October 12th – 13th in Columbus.

Then, on October 19th, we’ll be at CERN, in Meyrin, Switzerland, for the second annual Cern CentOS Dojo. Details, and the call for papers, for that event, are on the event website at http://cern.ch/centos.

Immediately after that, I’ll be going (maybe? probably?) to Edinburgh for Open Source Summit Europe. This event was in Edinburgh a few years ago, and it was a great location.

Finally, in November, I plan to attend SuperComputing 18 in Dallas, which is the North American version of the HPC event in Frankfurt, although it tends to be MUCH bigger. Last year, at the event in Denver, I walked just over 4 miles one day on the show floor, visiting the various organizations presenting there.

So, that’s it for me, for the rest of the year, as far as I know. I would love to see you if you’ll be at, or near, any of these venues.