I’ve been reading some things about Sensordrone – the first commercially available functional Tricorder … sort of. 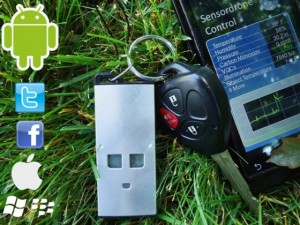 It’s a multi-sensor device that communicates with your phone via bluetooth, providing a variety of environmental sensor information – temperature, humidity, lighting. presence of various gases, and so on.

It looks like the kind of thing that would be ideal for home automation or other “internet of things” automation.

Unfortunately, it’s at a price point – $200 – where I have to seriously consider what I’d actually do with it, which is, probably, not a whole lot.

What will be cool is when these kinds of sensors are so cheap to make that they’re in everything. Remember 10 years or so ago, GPS technology was still crazy expensive and now there’s a GPS chip in everything from your camera to your phone to your watch.