In George R R Martin’s books “A Song of Fire and Ice” (which you may know by the name “A Game of Thrones”), the people of Braavos,
have a saying – “Valar Morghulis” – which means “All men must die.” As you follow the story, you quickly realize that this statement is not made in a morbid, or defeatist sense, but reflects on what we must do while alive so that the death, while inevitable, isn’t meaningless. Thus, the traditional response is “Valar Dohaeris” – all men must serve – to give meaning to their life. 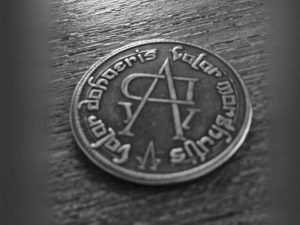 So it is with software. All software must die. And this should be viewed as a natural part of the life cycle of software development, not as a blight, or something to be embarrassed about.

Software is about solving problems – whether that problem is calculating launch trajectories, optimizing your financial investments, or entertaining your kids. And problems evolve over time. In the short term, this leads to the evolution of the software solving them. Eventually, however, it may lead to the death of the software. It’s important what you choose to do next.

You win, or you die

One of the often-cited advantages of open source is that anybody can pick up a project and carry it forward, even if the original developers have given up on it. While this is, of course, true, the reality is more complicated.

As we say at the Apache Software Foundation, “Community > Code”. Which is to say, software is more than just lines of source code in a text file. It’s a community of users, and a community of developers. It’s documentation, tutorial videos, and local meetups. It’s conferences, business deals and interpersonal relationships. And it’s real people solving real-world problems, while trying to beat deadlines and get home to their families.

So, yes, you can pick up the source code, and you can make your changes and solve your own problems – scratch your itch, as the saying goes. But a software project, as a whole, cannot necessarily be kept on life support just because someone publishes the code publicly. One must also plan for the support of the ecosystem that grows up around any successful software project.

Eric Raymond just recently released the source code for the 1970s
computer game Colossal Cave Adventure on Github. This is cool, for us greybeard geeks, and also for computer historians. It remains to be seen whether the software actually becomes an active open source project, or if it has merely moved to its final resting place.

The problem that the software solved – people want to be entertained – still exists, but that problem has greatly evolved over the years, as new and different games have emerged, and our expectations of computer games have radically changed. The software itself is still an enjoyable game, and has a huge nostalgia factor for those of us who played it on greenscreens all those years ago. But it doesn’t measure up to the alternatives that are now available.

Software Morghulis. Not because it’s awful, but because its time has
passed.

The words of the house of Stark in “A Song of Fire and Ice”, are “Winter is coming.” As with “Valar Morghulis,” this is about planning ahead for the inevitable, and not being caught surprised and unprepared.

Similarly, Planning ahead for the inevitable death of a project isn’t defeatist. Rather, it shows concern for the community. When a software project winds down, there will often be a number of people who will continue to use it. This may be because they have built a business around it. It may be because it perfectly solves their particular problem. And it may be that they simply can’t afford the time, or cost, of migrating to something else.

How we plan for the death of the project prioritizes the needs of this community, rather than focusing merely on the fact that we, the developers, are no longer interested in working on it, and have moved on to something else.

At Apache, we have established the Attic as a place for software projects to come to rest once the developer community has dwindled. While the project itself may reach a point where they can no longer adequately shepherd the project, the Foundation as a whole still has a responsibility to the users, companies, and customers, who rely on the software itself.

The Apache Attic provides a place for the code, downloadable releases, documentation, and archived mailing lists, for projects that are no longer actively developed.

In some cases, these projects are picked up and rejuvenated by a new community of developers and users. However, this is uncommon, since there’s usually a very good reason that a project has ceased operation. In many cases, it’s because a newer, better solution has been developed for the problem that the project solved. And in many cases, it’s because, with the evolution of technology, the problem is no longer important to a large enough audience.

However, if you do rely on a particular piece of software, you can rely on it always being available there.

The Attic does not provide ongoing bug fixes or make additional releases. Nor does it make any attempt to restart communities. It is
merely there, like your grandmother’s attic, to provide long-term storage. And, occasionally, you’ll find something useful and reusable as you’re looking through what’s in there.

The Apache Software Foundation exists to provide software for the public good. That’s our stated mission. And so we must always be looking out for that public good. One critical aspect of that is ensuring that software projects are able to provide adequate oversight, and continuing support.

One measure of this is that there are always (at least) three members of the Project Management Committee (PMC) who can review commits, approve releases, and ensure timely security fixes. And when that’s no longer the case, we must take action, so that the community depending on the code has clear and correct expectations of what they’re downloading.

In the end, software is a tool to accomplish a task. All software must serve. When it no longer serves, it must die.