Tuesday, the first day of the main event, was, as always, very busy. I spent most of the day working the Red Hat booth. We started at 10 setting up, and the mob came in around 10:45.

Day two of booth duty is always interesting, because it’s after the swag feeding frenzy has died down a bit that you start hearing from the people that actually care about what you’re “selling”. You get the questions. And what’s been fascinating in the 6 summits I’ve attended is that the bar has been raised a LOT on the questions. In Hong Kong, my first Summit, there were still a lot of people asking what OpenStack was, and nobody had any idea what RDO was. Now, the questions are about specific deployment scenarios, projects that aren’t yet being packaged, the future of TripleO, and so on, with only a handful of people asking what RDO is. 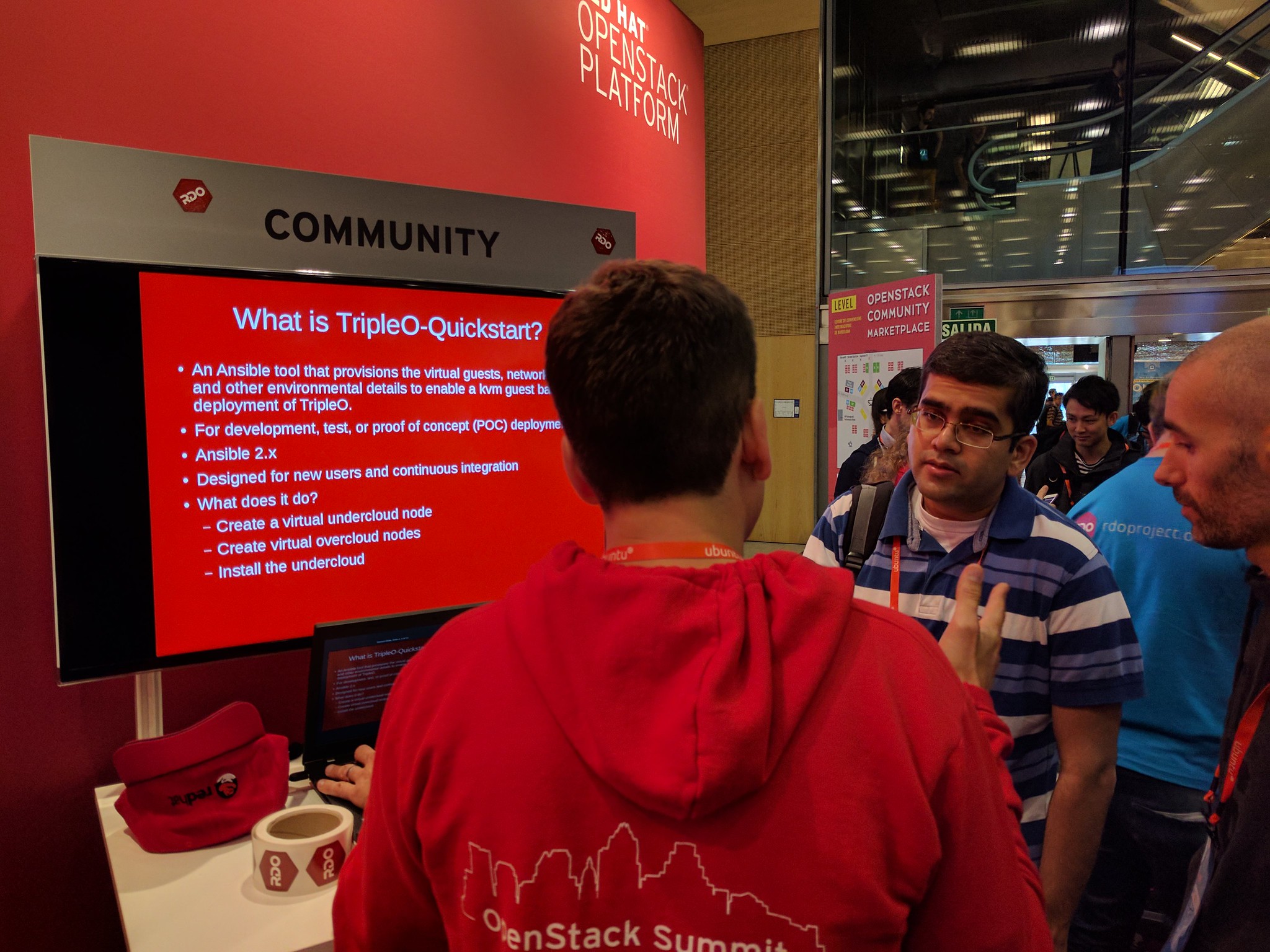 OpenStack has clearly made the transition from “something to consider some day” to “of course we are, and what are you going to do to make it better?”

Another awesome improvement this Summit was how the RDO community stepped up to help in the booth. Every single hour of the day, I had at least one, and usually two, members of the RDO community in the booth with me, either doing an “Ask Me Anything About RDO”, or doing some kind of a demo. It was *awesome*. Maybe next year, I’ll just stay home. 😉

The highlight of the day was the RDO/Ceph community meetup. We had 4 hours at the Gym Bar in the Princess Hotel. 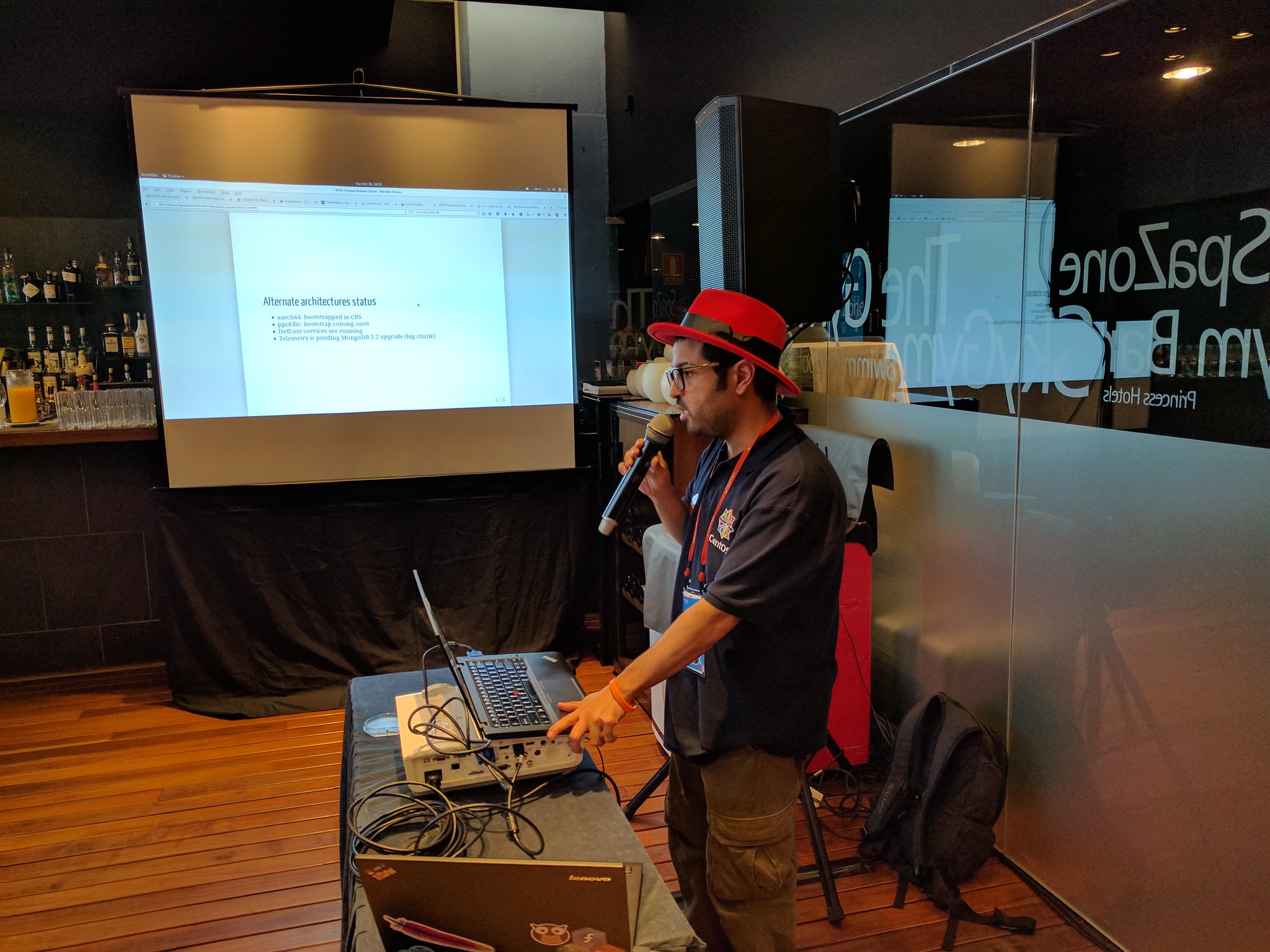 Members of the Ceph and RDO community presented, lightning talk style (5 minute presentations) on a variety of topic. Speakers were threatened with being thrown in the pool if they went over 5 minutes, but we managed to restrain ourselves.

By the end, we had checked in 215 people overall, and we had 12 speakers. The food was good. The speakers were awesome. The only complaint was that the people not actually listening to the talks would NOT shut up, so it was hard to hear. Eventually, one of the speakers shouted at them to shut up or get out, and most of them moved to the other side of the room.

I have a recording of the event, but I don’t expect it’s going to be usable, due to the noise level. I haven’t had a chance to review it yet. Next week, for sure. I also hope to have (some of?) the presentation slides from the various speakers posted somewhere. Watch rdo-list and/or @rdocommunity for details.

After the talks were over, we had an hour or so left, and I cowardly skipped out. There comes a time when I have just had too much social interaction, and I need quiet time.

So, that was Tuesday. Another success, and another day to be glad that I work with such an awesome community.