What you see here is the cover of the new People magazine. 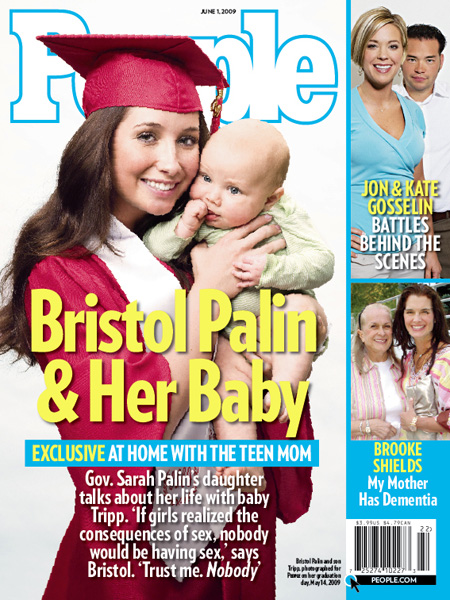 Other than the quote, which is sure to be a favorite of her daughter once she can read, this looks like a promotion for teen pregnancy. She’s beaming, obviously very pleased with herself. Girls everywhere are going to be saying, wow, where can I get me one of those?

And, according to MSN, she’s going to make more than a quarter mil on the photos. What’s not to love. Better run out and get preggers as fast as you can.

It would be lying to say I’m shocked by the startlingly bad judgement of this magazine. I lost my last shred of respect for the media years ago. But surely, somewhere along the chain of command, someone has a daughter? Even one of you? Show at least a scrap of common sense, would you?