Yesterday I acquired one of these: 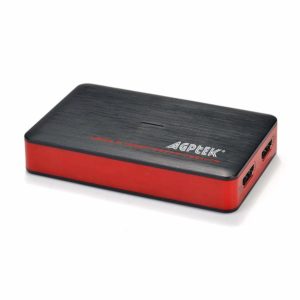 It’s an HDMI capture device. You can get one on Amazon.

The idea is that you plug it into any device that has HDMI output, such as your computer, video game console, etc, and you can then record that audio/video stream on your computer using standard video tools.

I got it so that I can produce better videos at the events that I host, such as the one next week in Brussels. The idea is that I can capture what’s getting sent to the main projector, and then merge it with the camera footage of the speaker, producing a video that has both sources of content.

Step one was getting it working on Linux, which was much easier than expected. I am running Fedora 29, but the techniques here should work on any Linux.

First I connected the device to the source as shown in the diagram: 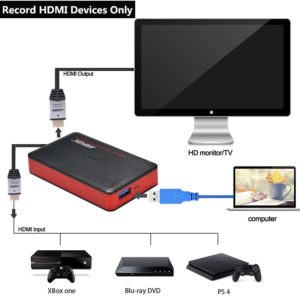 In my case, I was testing with a PS4, but any HDMI source will work. The USB output, I plugged into my laptop.

Next, I installed OBS Studio. On Fedora, this is done via

You can read more about OBS Studio on the project website. It’s clearly a very powerful piece of software, and I’m only using one feature.

In OBS Studio I created a “Scene” at the lower left corner of the app. (It doesn’t matter what you call it.) I then created a Source, selecting “Video Capture Device”, or possibly the actual name of the device, as the source, and “Camera 1” as the Input. You may need to fiddle with this depending on whether you have other cameras (such as a web cam) attached to your computer, which may change the naming/ordering of Inputs in that list. 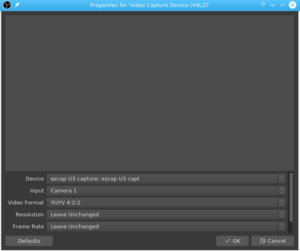 Note that you can, if you wish configure several Sources at a time, so that you can, for example, record your gaming system, along with a picture-in-picture of your webcam, so that you can give running commentary. That kind of thing is popular on YouTube.

Finally, click “Start Recording”, which will create a .flv file in the location you have configured to save files. (By default, it’s in your home directory. Configure in File -> Settings -> Output.) 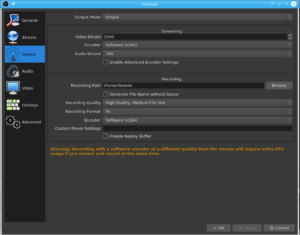 When you’re done, click “Stop Recording”, and you’re done. You can then edit that .flv file in your favorite editor. (I use kdenlive.)

Note that the resulting video will have the audio from the HDMI source, and also from whatever onboard mic(s) you have, so if that’s not your intent, set your system audio settings accordingly.

And, because I used my PS4 to experiment with, here’s some footage of me driving my Ferrari in Miami.

The eventual intent here is not just to record driving games (although that’s pretty cool) but, like I said, to produce more useful videos from the CentOS Dojos. So stay tuned to the CentOS YouTube channel, and *hopefully* in the next few weeks we’ll have video produced using this technique, including the slides and the presenter, complete with picture-in-picture format.