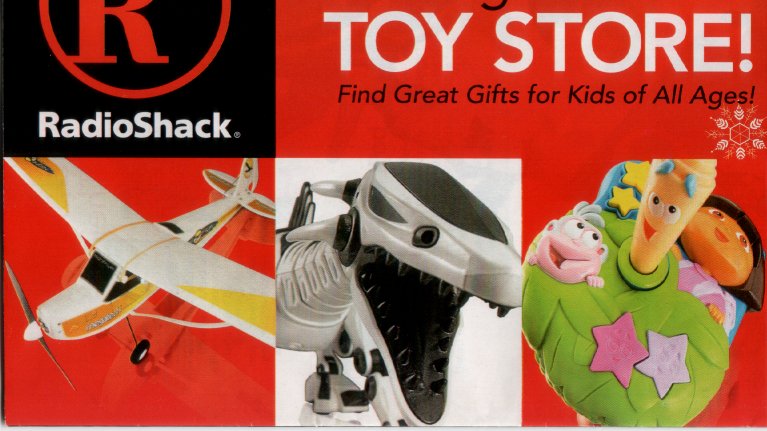 When we were kids, my brother and I would put “Anything from Radio Shack” on our Christmas lists, and this meant electronics kits, soldering irons, resistors, capacitors, transistors, wire, breadboards, and other related electronics hobby items.

While RS still has this stuff, they de-emphasize it, and are pushing consumer electronics and toys – in other words, the very stuff that Walmart can undersell them on every time.

Now, I realize that the market for electronics kits is pretty small, and that computer “education” in schools doesn’t encourage kids to actually open up the computers and see what’s inside of them. I realize that Radio Shack is doomed. But for them to send me a flier rubbing my nose in this fact seems a little cruel.

Yes, I’d probably still be happy with anything from Radio Shack. But there’s very little at Radio Shack that I wouldn’t go somewhere else to buy.

Ironically, when I was looking for a radio, of all things, I went to Radio Shack. I couldn’t find one. (More specifically, a short-wave radio, not a consumer-grade boom box.) Apparently Radio Shack no longer carries radios. They could special order it, but they didn’t have any in stock, because people just don’t buy them any more.