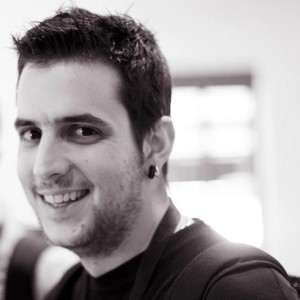 Last week at the OpenStack summit in Hong Kong I talked with Flavio Percoco about the Marconi project, which is incubating in OpenStack.

Last week at the OpenStack Summit in Hong Kong, I had an opportunity to speak with a number of Red Hat engineers who are working on OpenStack.

This is a conversation with Flavio Percoco, who is working on the Marconi project.

Rich: I’m speaking with Flavio Percoco, and he is working on the Marconi project. First of all, what is Marconi?

Flavio: Marconi is a queue and notification service for OpenStack. It’s basically a really nice API on top of existing technologies, so we’re not trying to reinvent the wheel there. We are just putting an API on top of existing brokers like RabbitMQ, Qpid, or AMQ, or whatever broker is there. Even databases can be used as messaging tools within Marconi.

Rich: One of the policies of OpenStack is that core components be really pluggale. So I assume that’s a goal of Marconi as well.

Flavio: Yeah. That’s definitely a goal of Marconi, and one of the things we want to make sure we are respecting is the fact that Marconi shouldn’t be invasive in your infrastructure. So if you want to deploy Marconi you can easily install it and build it like using Lego bricks. You can pick whatever transfer you want to use – either use http or tcp or zeromq or whatever you want to use, and you can also choose what backend you want to use. It could be RabbitMQ, QPID, or MongoDB, or some mysql database if you prefer, because maybe you already have that deployed in your infrastructure, so you want to keep your data how you already have it and still use that.

Rich: And what are you doing in particular on the Marconi project?

Flavio: I started contributing to Marconi since the very beginning. I co-PTL’ed the project with Kurt until now, and now that Marconi is Incubated in OpenStack, Kurt is the official PTL, but we’re still doing that work together. We split the PTL duties, and we lead the development of Marconi and the whole team – keeping the priorities straight and making sure we’re doing the right thing for the project.

Rich: What else are you excited about that’s coming up in OpenStack?

Flavio: Marconi is definitely something I’m really really excited about. Solum looks like a very good project. TripleO – TripleO is really amazing. I think the effort Red Hat is putting there is definitely worth it. It’s the way to go. I think those three projects are the most intrigueing ones for me right now.

There’s many new features in existing projects that maybe are worth highlighting for people. For example, Glance has put a lot of effort in being able to be deployed as a public service, so that’s something that might be useful for some use cases. Like if you wanted share usage, or for Red Hat itself, sharing RHEL ditributions, it would be cool to be able to share them using Glance, for example.

Oslo now also has messaging. Basically we pulled out the whole RPC code to its own repository, and we started doing that with many other libraries that were incubating in Oslo. Oslo is definitely paying out right now. The whole process of incubating libraries and improving the API, and making sure they are stable enough to have their own repositories, so that’s something that is definitely cool about the current state of OpenStack.

Rich: Thank you very much. Thanks for talking with me.

Flavio: Thank you very much.